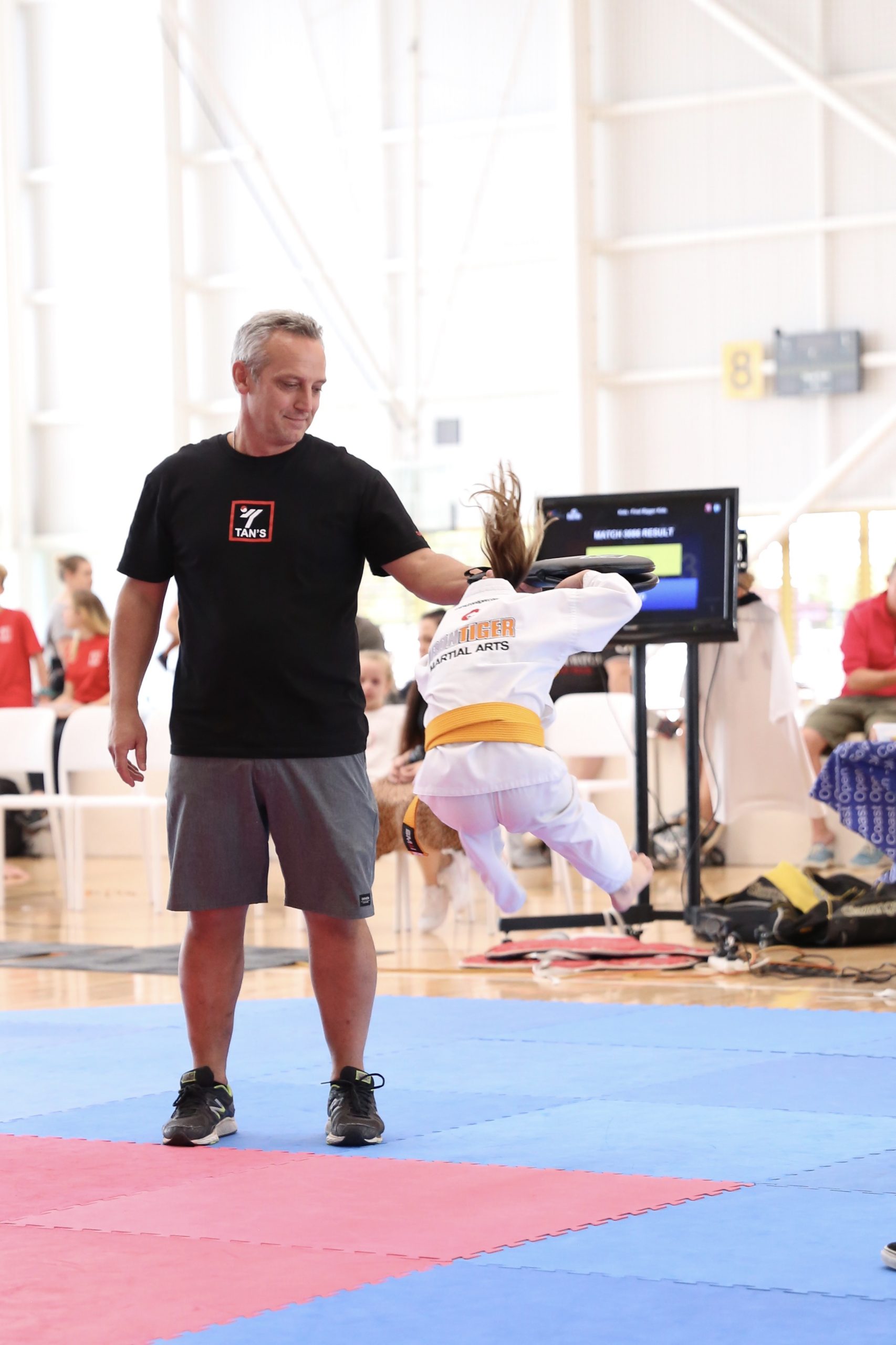 According to Amanda Keller, they are both full of emotion.

And, somehow, she miraculously managed to capture the full rainbow of emotions in a single shot that won the “spirit” category of the #TaekwonDownUnder photo competition.

They are all there in one frame.

“Carly was competing for a bit of fun in the high kick section after her sparring event,” Amanda explains.

“The pads kept getting higher and higher so by this stage she had no other choice but to throw herself through the air to try and reach it.

“All she managed to do was head butt the pads and it looks like she was performing some weird superman jump.

“It was all very cute to watch as you can see from the smile on the man’s face holding the pads.

“The expression on the man’s face holding the pads, the size of Carly trying to reach that height and the action of the shot shows her spirit and determination in that moment,” she says.

It is no coincidence the photograph won for best capturing the spirit of Taekwondo.

“Trying your best in Taekwondo even when it is clear you may not succeed is such an important element,” she says.

“It is always important to try your best and learn from the experience but still making sure that you have fun in the process.”

What isn’t captured in the photo is what the sport gives to those who support the competitors; whether it be parents, coaches or officials.

Taekwondo has delivered Amanda a treasured social network ahead of moving across the continent to Western Australia.

“Taekwondo has brought me some amazing mums that can have fun while exercising and support each other,” Amanda says.

“For my kids I love the discipline it demands and the confidence it brings.

“My daughter loves the fact that she can defend herself and my son is so proud of his achievements in sparring competitions because he has had to work so hard to get there.