Home > Latest News > Come for the chagi, stay for the chuckles: Ageless Taekwondo 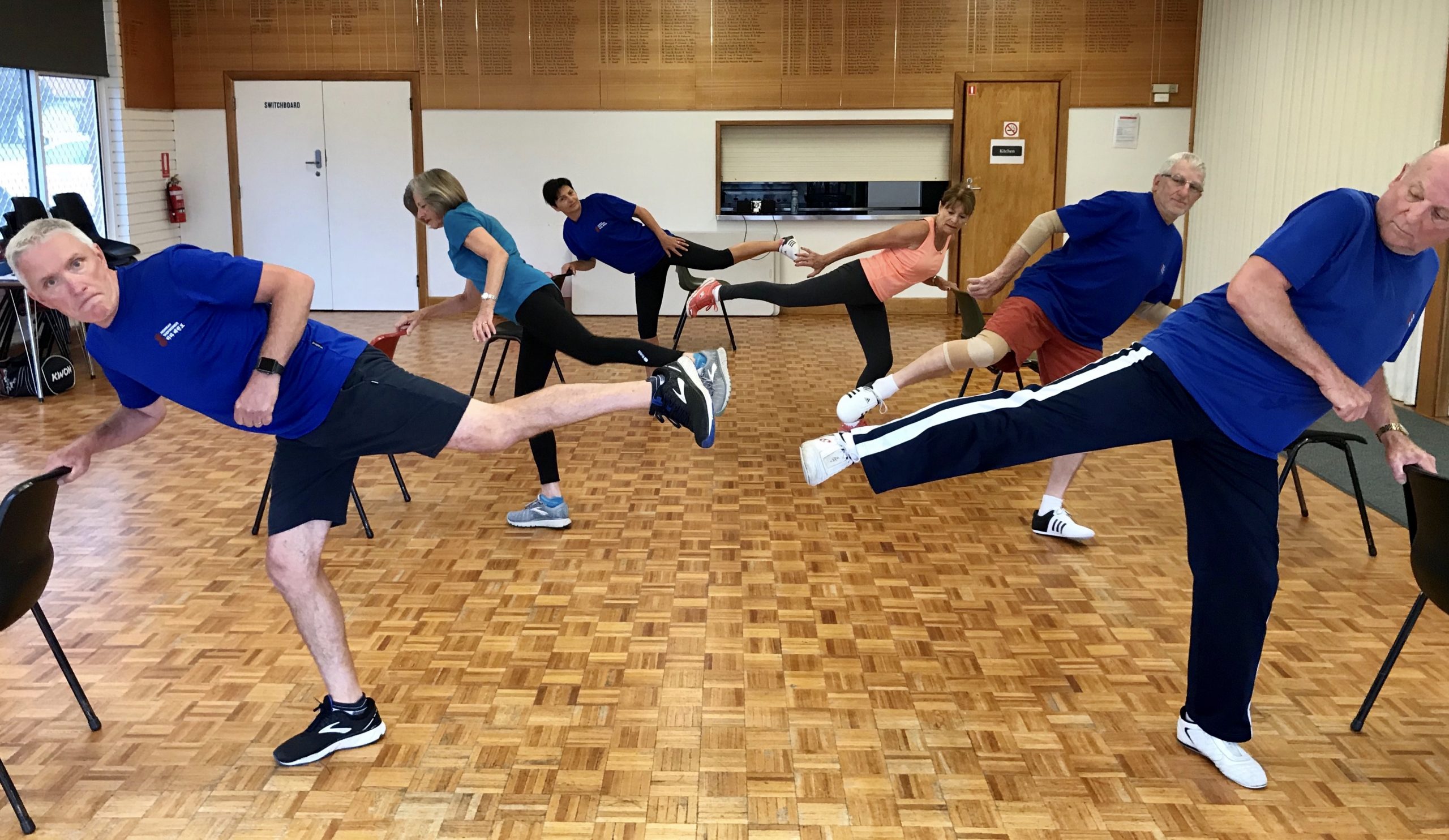 Come for the chagi, stay for the chuckles: Ageless Taekwondo

In his famous book, Taekwondo: A Path to Excellence, Doug Cook writes:

“Taking the first step across the threshold of the dojang
door…This is where roads diverge, where choices are made that
will resonate throughout a lifetime.”

Corinne Denny and Chris Oakman know what he means.

In their seventies, they took the brave decision to cross that threshold, in Howrah Community Centre, in Tasmania’s far South-East.

But the paths that led them to that dojang door were very different.

The only things they had in common were visionary instructor Joe Pavic - and an open mind.

Chris had no history with martial arts and was at a vulnerable stage in his life faced by many men of his vintage.
“I was introduced by a family member that knew Joe and thought this would be a good thing for me having gone from full time employment to retirement a couple of years before at age 70,” Chris explains.

“I have known Joe Pavic for over 30 years, as a neighbour and a Taekwondo instructor for both our children,” she explains.

When Joe throws open the dojang doors for a Wednesday morning Ageless Taekwondo session, it is the culmination of a vision he first had more than three years ago; to use modified Taekwondo to slow the effects of ageing.

“I had a few concerns knee and elbow joints but found this was not a problem,” Chris says.

“I enjoyed it from the start.”

Corinne had suffered injuries during other fitness activities so had every reason to be wary.

“I was a little anxious as I didn’t quite know what to expect and I’d never done anything like this before,” she says.

“My children were very supportive and encouraging as they had benefitted so much from their Taekwondo experience.

“My GP had also recommended that I do something like weight-lifting to build the muscles in my arms as an inhibitor to osteoporosis but going to a gym was not my scene.

“A back injury together with the knowledge that I should be doing more to exercise my arms were the triggers for me joining.”

Chris anticipated the physical benefits that have come from the program, but the psychological improvements are a bonus.

“I feel fitter and much better within myself,” he says.

“Definite fitness benefits plus friendship but my proudest moment so far is getting my head around the basic self-defence moves and disciplines.”

Joe, famous for his focus, discipline and high standards can’t help but give his ageless athletes a glowing review.

“Chris’s balance, co-ordination and technique development have really progressed giving him a more active lifestyle and allowing him to participate in other activities with his grandchildren,” Joe says.

“Corinne started late last year and to see her persist and challenge herself to make steady progress has been very pleasing.

“Her improvement in balance and coordination has been evident.”

Taekwondo’s greatest strength is a major challenge for Ageless Taekwondo. For those who’ve never played, the physical and mental discipline required to achieve at the highest level can be intimidating.

But Olympic training doesn’t have much coffee or chuckling involved; Ageless Taekwondo sessions have as much as you can handle.

“I’m so proud of the continuing involvement of the core group and their willingness to socialize as well as support each other,” Joe says.

“We all feel comfortable to train hard, laugh and share a coffee!”

And the challenge has gone out to instructors and “ageless” first-timers Australia-wide.

“I would suggest that any interested person go to an introductory session and join in to see if it is for them,” Chris advises.

Corinne concurs; “I really enjoy spending the hour with a great group of like-minded people who are making an effort to remain fit and healthy.

“It certainly helps to motivate me to continue to strive to improve.

“If you are at all interested, give it a go. Come along for a session and see whether it is for you.”

Corinne Denny and Chris Oakman brought Doug Cook’s word to life, made that choice, crossed that threshold and might just have more time in their lifetime as a result.

There are certainly guaranteed a good time for an hour each Wednesday morning. 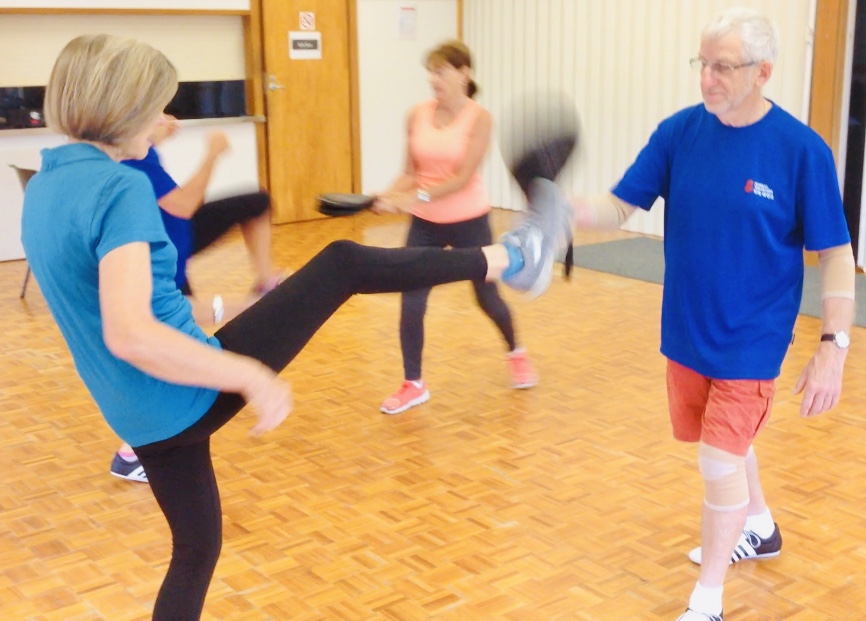 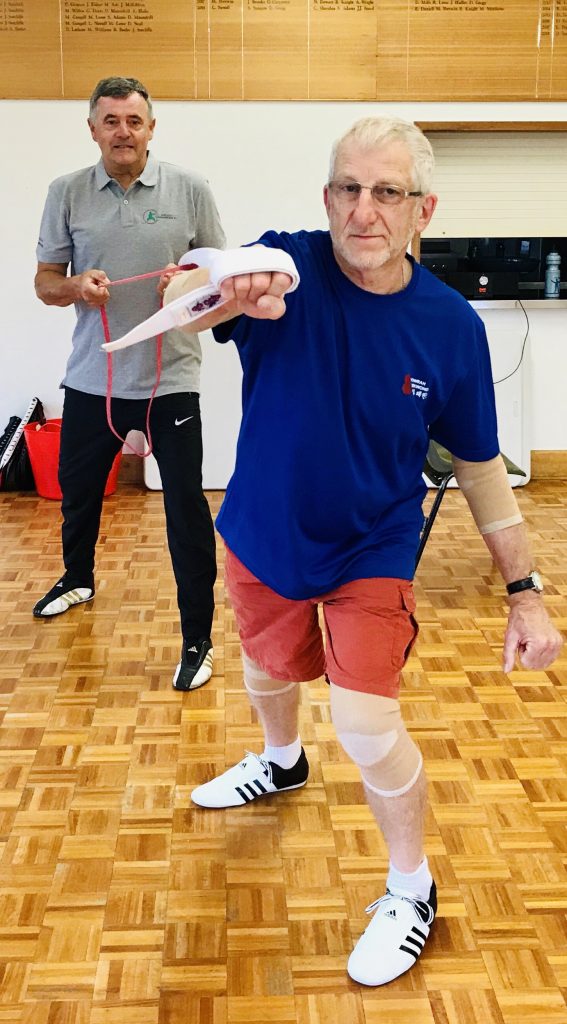