Home > Latest News > After taking on the world, Ali wants to clear the path for Australia’s new golden era. 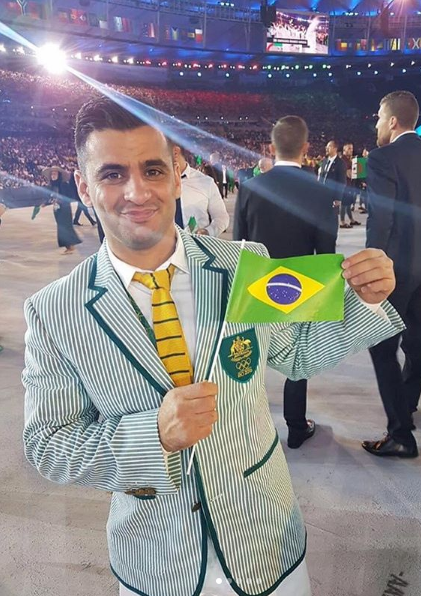 After taking on the world, Ali wants to clear the path for Australia’s new golden era.

Big or small, man or woman, able or para, north or south, east or west, cadet, junior or senior - if you have talent and ambition, Ali Khalil wants to pave the way for your success.

He discovered martial arts as a schoolboy and went all the way to the Olympics. Now, he has just beaten a crack field to win appointment to arguably Taekwondo’s most crucial job - National Performance Pathway Lead.

He has three key plans.

Firstly, the new pathway will be walked by a diverse range of fighters.

And finally, unite to succeed.

“One of my favourite sayings is; ‘The definition of insanity is doing the same thing over and over but expecting a different outcome’,” he says.

“In Australia, together we grow.

“We have to work together.

“We have to band together.

“If we all walk the same path in the same direction, then we are going to achieve success so much quicker than what we have done in the past.”

With experience coaching at two Olympics and five World Championships, the 37-year-old is now developing a framework for progress and success to ensure the next generation of schoolboys and girls realise their full potential.

Put simply, his brief is to make sure that Taekwondo talent is discovered and developed no matter where in Australia it emerges.

Ali says that can only happen if traditional combatants become teammates.

“We need to implement a pathway that complements what coaches are doing with their athletes and we need to be a little bit different in our approach to what we have done in the past.”

Australian Taekwondo’s official strategic high-performance plan is to become a world-class Taekwondo nation, striving for significant international podium performances. With the support of an Australian Institute of Sport grant, Ali and Australian Taekwondo are identifying and removing historical barriers to success and using the data and experience of similar, highly successful programs across the globe to ensure Australians have every chance to take on and beat the world’s best.

“We’re identifying exactly what the issues are and what we can do to rectify them.

“We are looking at other countries with the same demographics, similar cultures, geography – and what they did to implement their structures, framework and success.”

In-depth research has revealed that individual coaching and fighting styles, integrated into a unified national pathway program is the medal magic formula.

“We went and studied the last 24 athletes who have won medals at the 2016 Olympic Games and they are all very different, so diverse,” Ali says.

“There’s not much they have in common in terms of fight style but more their training programs, their structures, and that they come from a systematic program.

“It’s open to the creativity of coaches and training and how the athletes want to fight.

“There’s no one set rule on how you have to compete anymore. You can be so diverse and so different and still win an Olympic Gold medal.

Ali knows many challenges lie ahead but he also believes a golden prize awaits those who share the vision.

So, Australia’s best talent needs only to worry about getting fitter, stronger and better, confident that Ali and the team are clearing a way to their future success.